In the Mayor’s Seat: Charles Ackerman 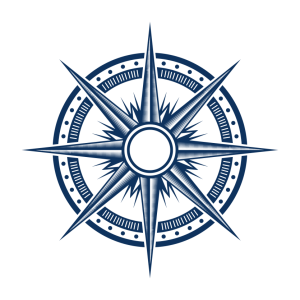 Harleyville’s longtime leader looks to the future
By Ellie Long

If you’re one of the 700 or so residents of Harleyville, expect a knock on your door.

Charles Ackerman, mayor of Harleyville for the past two decades-plus, makes it a point to visit everyone in town at least once. When new folks move in, he arrives to personally welcome them.

Time was, the mayor knew everybody by name. While that’s a little tougher these days with turnover and a larger population, Ackerman says he always remembers a face.

Ackerman was born in 1941 in St. George, about 15 minutes away from Harleyville in the outer reaches of Dorchester County. He married his wife Deloris, a Harleyville native, in 1982 and moved to town in 1990.

He wasn’t always a politician, though. Ackerman joined the military out of high school and later worked at the Charleston Naval Shipyard.

How he became mayor was, well, by accident.

Ackerman’s predecessor in the mayor’s seat was the father of a good friend who Ackerman would sometimes assist on the campaign trail. One year, Ackerman unwittingly signed a petition calling on him to run.

He ended up defeating the long-term mayor pro-tem and has been in office since.

“Fortunately, I guess you could say, I happened to win out,” Ackerman says.

Planning for the Future

Harleyville is beloved by residents for its small, hometown and friendly atmosphere, which Ackerman, who is also the current BCDCOG board of directors chairman, says he never wants to see change.

Of late, town staff members have been working with BCDCOG on its comprehensive plan update. “Comp plans” are state-mandated, publicly driven efforts to analyze a community’s current affairs, contemplate what it wants to be and look like in the future, and then identify goals and strategies to accomplish that vision.

The town’s primary goal right now, Ackerman says, is to determine when, where and how growth will happen.

“The growth will eventually come this way,” Ackerman says, “whether we like or not.”

That is why comprehensive plans are vital, offering a thoughtful and careful approach to planning a community’s future. Its goals, recommendations and implementation strategies can guide local leaders, prospective developers and others in understanding local preferences, such as the desire to maintain a small-town vibe.

Ackerman says he would like to see additions throughout Harleyville, such as an appropriate amount of industry and a grocery store, a sentiment that has also been echoed by numerous residents during the comp plan public engagement process. The closest grocer is nearly 8 miles away.

Town leaders have already started to tackle the challenge of increased population by focusing efforts on recreational facilities. For example, new exercise equipment and updated playground amenities have been added to the local park in order to accommodate increased demand.

Ackerman says it’s only a start and that whatever comes next will happen with the town’s unique character in mind.

“I ask Town Council every year when we get started, ‘What do you want the town to look like 10 years from now,’” he says. “Of course their standard answer is, ‘We want it to look like Harleyville.’”